There have been numerous studies done on the developmental differences between the male and female brain. Though none have been entirely conclusive, much of the research indicates there are large differences between the male and female brain. Studies have shown differences in the way genders chose toys, to the way they think and behave. The researchers have studied the brains of infants all the way into adulthood and they found interesting results in regards to stereotypical male/female behavior. How do these gender differences and stereotypes effect learning? Should this be a topic of concern for teachers? 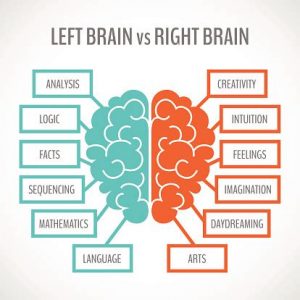 Processing has to do with the gray and white matter in the brain. The gray matter is responsible for the action and information processes of the brain, men use almost seven times more of this area than women. As for the white matter it is responsible for the networking aspect of the brain, which could explain why adult women are better at multitasking than men. Furthermore, this could be the reason why men are better at task focused projects.

Chemistry refers to the neurochemicals such as serotonin, testosterone, estrogen, and oxytocin. Due to the differences in the processing of the chemicals men have a tendency to be more aggressive, impulsive and have less of a tendency to sit still as long as women. 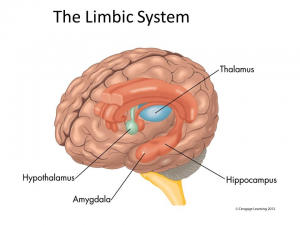 Structure is referring to the brains mass and size, the way the brain is built. Females tend to have a larger hippocampus, the memory center. So girls and women can absorb more emotions and information related to the five senses. Even before boys and girls are born their brains develop differently. The right and left hemispheres of the brain in women and men are set up differently. When describing a place, feelings, or having discussions, females tend to use more words then males. Males have less connectivity between their memories, feelings and their words, then females.

Activity in the brain has to do with the senses and emotions as well. The female brain, due to increased white matter usage, has a naturally higher blood flow through the cingulate gyrus, and will tend to revisit emotional memories more often then men. Males are different in that they may only briefly think about their emotion or feelings; analyze them and then move on to the next task.

As educators it is important to understand these differences on a neurological level, so that students may be better educated. Using different techniques for classrooms of mixed gender and creating lesson plans that tailor to each gender, will ensure they all have equal opportunities. Understanding gender brain differences can give clearer insight on how to go about creating inclusive lesson plans and learning activities. 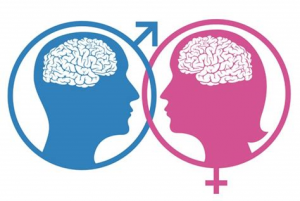 Those four differences are only a small part of what scientists have found to be differences between the male and female brain. Diane Halpern, PhD, the former president of the American Psychological Association, stated that in her research she found too much evidence pointing to the sex-based cognitive differences too vast to ignore. During a study of monkeys researcher noted the males being more attracted to the wheeled toys while the females wanted the soft teddy bear type toys. In a video linked here a test shows choices made between the genders of monkeys. More recently girls and boys from nine to seventeen months old were studied and it was found that they too were geared more toward the more stereotypical gender toys, girls wanted the plush toys, and boys wanted the cars/trucks (Goldman 2017). 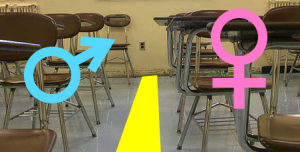 How does this effect learning? Learning begins in uteruo, which is where your brain first decides what your home language will be, but newborns still have a lot to learn. The brain is shaped by behavior, thinking, environment and the social world. This can change the way genes are expressed, they will turn on or off depending on what is happening in the environment. Although the way children learn does have some to do with gender, it also relies heavily on the surrounding environment, behavior and thinking. This creates the uniqueness of each individual. The way we respond to things, sense things and feel things is based partially on how a person was brought up. The stereotypes in the social and academic world shape our brains throughout our lives. Because more parents are choosing to raise their children in a more gender neutral environment essentialist research suggests that the gender gap is closing.

However, a male child given a doll is still likely to rip off the head while a girl given a truck is more likely to wrap the truck in a blanket, give it a cuddle and soothe the truck. This type of behavior happens well before the outside world has a chance to thrust stereotypes into their beliefs. 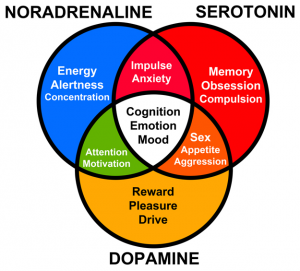 This could be potentially due to the preconceptions parents might have about gender differences well before becoming parents. Common preconceptions for girls would be that they are less violent, less active, and more gentile, on the other hand boys being viewed as stronger, tougher, and more rambunctious with too much energy. Then after a child is born post conceptions continue that mimic the above noted preconceptions. Making this perpetual loop, of common misconceptions about what girls and boys are actually capable of doing (Fine 2010).

Dr. Nirao Shah, a professor of psychiatry and behavioral sciences at Stanford University suggests that there are some basic “behaviors [that] are essential for survival and propagation,” related to reproduction and self-preservation, that differ from men to women. These, are “innate rather than learned […] [in animals] so the circuitry involved ought to be developmentally hardwired into the brain. These circuits should differ depending on which sex you’re looking at” (Cohut 2017). So what I can take from the research is that functional differences between males and females are in fact different at birth, though environmental factors must be taken into consideration.

The differences in the brain does not mean that being male is better than being female or vice versa. It means that we all have immense potential and part of us reaching that potential has to do with the experiences we are subjected to or available to each person.  Keeping this in mind educators must consistently include new teaching practices in the lesson plans for various types of students, without so much focus on gender, that foster learning opportunities equally.  Our teaching practices must be inclusive for students with mixed abilities, and shy away from thinking a child’s ability and behavior relies solely on gender.

Cohut. (September 29, 2017). How different are men’s and women’s brains?. Retrieved from
https://www.medicalnewstoday.com/articles/319592.php

Fine. (2010). Delusions how Our Minds, Society, and Neurosexism Create Difference of Gender.
Goldman. (Spring 2017). Two Minds The cognitive differences between men and women. Retrieved from
https://stanmed.stanford.edu/2017spring/how-mens-and-womens-brains-are-different.html

Jantz. (Feb. 27, 2014). Brain Differences Between Genders Do you ever wonder why men and women think so differently?. Retrieved from
https://www.psychologytoday.com/us/blog/hope-relationships/201402/brain-differences-between-genders