Image by *MizzEl*~Elly*-on cloud 9, hope I can catch up! via Flickr

Someone recently repeated to me the old saw that “technology is just a tool, not an end in itself.”  I’ve been hearing this blanched adage for over a decade, and my response has always been the same: at first I feel a vague, nameless disappointment; a moment later I find it difficult to argue with its respectable sobriety.  In the third moment it washes out of my mind as a thing I just don’t believe, and I go on about my business until the next time it distracts me with its puritan charm.

But today I suppose I have something to say about it.  This little proverb, coined no doubt in the bowling alley in Pleasantville, has been parroted so often that we just nod in agreement without thinking about it.  This bothers me.  I think when we repeat the superficial logic of “technology is just a tool,” we’re missing the source of energy and inspiration, of creativity and innovation, that has begun to shape our world.  I have no room in my life for this thrill-killing poison.  I demand a new view.  It is not the need of the house that dreams up the hammer.  The hammer dreams of the house. 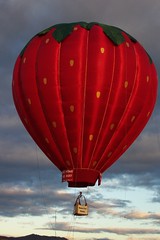 There are parallels to what I’m talking about in the world of the fine arts.  It is commonplace to say that art imitates life, for example, but it is very clear that it is life that imitates art, as Oscar Wilde once pointed out.  We follow the trail of our creativity into utilitarian discovery.  Sometimes we build just to build.  Sometimes we paint just to paint.  But when we’re done, we seem always to find a way to make our efforts perform some admirable duty in our lives.  A few hundred years ago, for example, a woman asked Ben Franklin what good hot-air balloons were.  He was at the time leading an experiment in their use as transportation devices.  He said (a close paraphrase)

“Madame, I will answer your question with another question: What good is a new-born baby?”

The point is just this: When we play with technology–and I mean “play” in the sense of having only a vague idea, or even no idea where it’s all going to end up but we’re captivated by the process–we are satisfying our humanity in a way that, without conscious effort, corresponds with a need that has not yet arisen in consciousness.  In the commercial world, we create things–and then we create their markets.  (Think Pet Rocks.)  Where technology and education are concerned, we tend to think that the former is the means and the latter is the end.  But that’s not how it is at all.  The hammer dreams the house.  The pet rock dreams of a compassionate owner.