Grace Taranko has written a Brocade using the emotion words Disgust and Guilt in connection with the photo below. 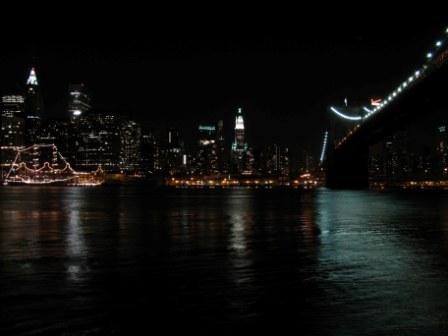 She always felt as if she should have been in the room when he took his last breath. It had been months since he left, but the thought is always lingering in the back of her head, deciding to creep its way into her conscience at the most inconvenient times. Yet, she didn’t want to see him in his fragile and unfamiliar state. She didn’t want their last moment together to be one of uneasiness and pain. Was this selfish? She was in a big city, much different from the small town she grew up in. She felt out of place. Outside the third-floor window, the cars were still driving, and people were still walking. How could they just move on with their lives? How was she supposed to move on?

Many years later, she would drive by the hospital every day on her way to work. Every day the same thoughts that once fully consumed her mind would resurface. She crossed the bridge she knew all too well. She despised it, but yet she could never leave the city, for a piece of her was buried here, and she feared that she would lose it forever if she wandered too far.