John has written a Brocade using the emotion words Honor and Terror in connection with the photo below. 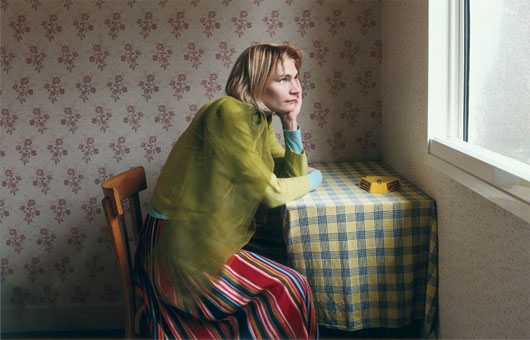 For three days, Erin had watched from her kitchen window as the rain fell into the emeraldine grass of the English countryside. On the first day, she had eaten a cup of cabbage soup and choked down the heel of a loaf of rye bread. But she had lived off tea and cigarettes since then, since taking the call and granting her stunned consent to speak at the service.

Looking down at her trembling hands, she saw that the blue-and-gold-checkered tablecloth had several new, rust-colored burn marks near the place where she had left the overflowing ash tray on Saturday. She did not remember dressing in the aqua turtle neck or adding the olive green chiffon wrap.  She did not remember putting on the red striped skirt from Mexico. And it wasn’t like her to have failed to wash her hair. Yet, in spite of these oddities, she pictured herself in an elegant black dress and stilletoes for the occasion to come. She pictured herself being admired by everyone, everyone in Hamlin who would be surprised to discover that it was her, Erin McGuffy, who had been asked—no—who had been anointed—to speak at the Great Man’s funeral.

But the picture wasn’t perfect either because “everyone” included Laura. Laura of the awful skin, the awful hats. Laura, who knew what Erin knew about the Old Professor. So when, in her mind’s eye, Erin put herself beside the majestic coffin and imagined the words she would utter just so, her stomach involuntarily tightened around its old knot. She knew that no matter how admiringly the other guests might gaze upon her sanctified role in the Final Ceremony, no matter how her pearls might glow in the moist March air or how beguilingly her black heels might clack across the pavers, the Truth would out in the end.  She knew this as one knows when to call home or to let the cat in. She knew that no matter what glory the Great Man’s end would bring her, it would not last. The Truth would out, and she would not live past Wednesday.